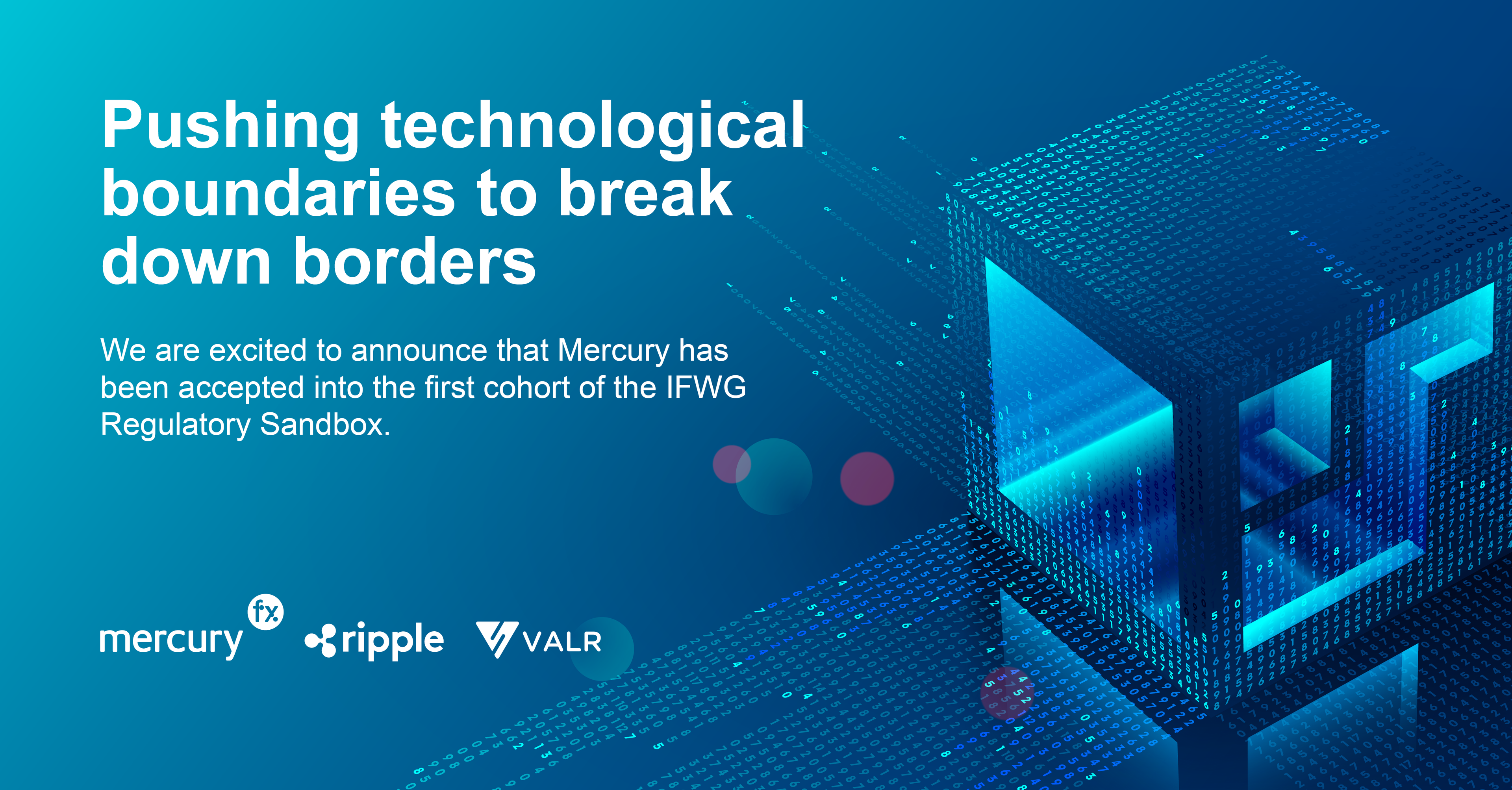 For the last five years, Mercury has been working with Ripple, the leading provider of enterprise blockchain solutions for global payments. Together, we’ve been working to move the financial world forward including through blockchain technology and the power of XRP. We first piloted this technology in 2018 sending money into Mexico and the Philippines, and now we’re testing it out in South Africa.

We are excited to announce that Mercury has been accepted into the first cohort of the IFWG Regulatory Sandbox https://www.ifwg.co.za/regulatory-sandbox/.

We’ll be working closely with our partners Ripple and VALR to shake things up and make moving money faster, more cost-effective and around the clock. As an established e-money institution in the UK with regulated offices in Hong Kong and South Africa, we’re constantly pushing technological boundaries to break down borders and make it easy to move money.

Payments and remittances cost the most for the people who can afford them the least and the problem is most acute in emerging economies. That simply makes no sense and we’re trying to change it.

Mercury has partnered with Ripple to change that by leveraging blockchain technology to make money move near-instantly, securely and at a fraction of the cost - 24 hours a day. It is something that we believe in and something that matters.

‘Mercury is testing the regulatory treatment, and associated regulatory reporting implications and obligations, of crypto assets (specifically XRP) being used for affecting low-value cross-border remittances between South Africa and the United Kingdom and vice versa, subject to certain limits prescribed by the relevant authorities. Testing will in the main be done in terms of the South African Exchange Control Regulations 1961, promulgated in terms of section 9 of the Currency and Exchanges Act, 1933 (Act No. 9 of 1933).’

We all know that, in the near future, the world’s money will move on blockchains. It’s not a case of if, it’s a case of when. We’re proud to be one of the handful of companies that are pioneering this change so that our customers can benefit first.

We are aiming to shave the cost of sending money into and out of South Africa. We expect to optimise the speed of doing so and we want it to be possible to send money not just ‘same-day’, but all day, in seconds or minutes, not in hours or days. Imagine!

We’re calling it ‘Racing Rands’. FIAT vs Crypto. You get it. Stay Tuned…..