How did the sterling perform in April?

The pound rallied against the euro after the announcement of the general election but then gave up all those gains when Emmanuel Macron made it through the first round of the French presidential election. Even though the eurosceptic Marine Le Pen also made it through to the second round, markets expect the supporters of the other nine candidates to now vote for Macron.

The pound has encountered strong resistance at 1.20, and will need more good news to break above that level. Some analysts have cautioned that a ‘hard Brexit’ is not priced into the pound and should one take place the pound will then weaken further. If, however, the UK manages to begin negotiating  to maintain a strong relationship with Europe, the pound will probably break through 1.20 and rally quickly to 1.30. 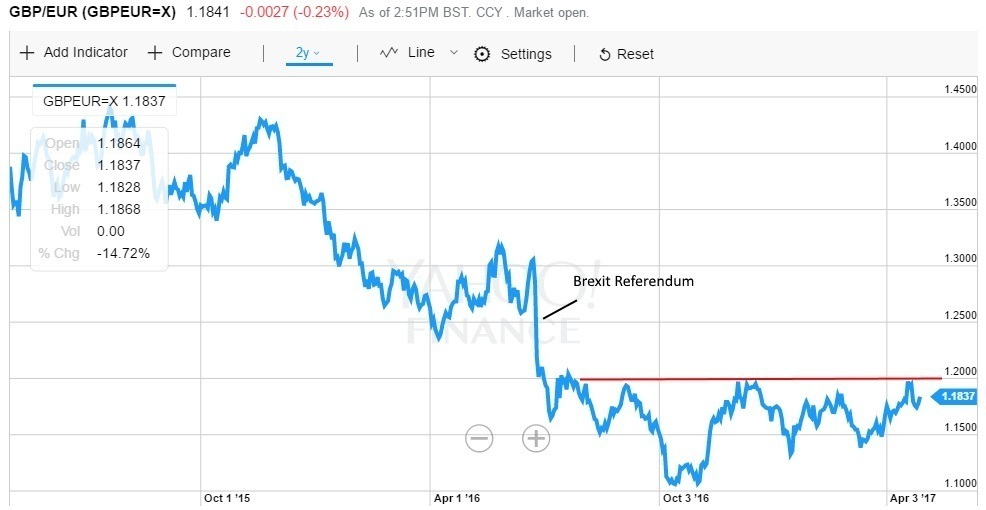 The pound continued to recover throughout April and rallied further on the news that Theresa May had announced a general election in June. It is thought that the Conservatives will consolidate their position in parliament and that Britain will be in a stronger position to negotiate its exit from Europe. 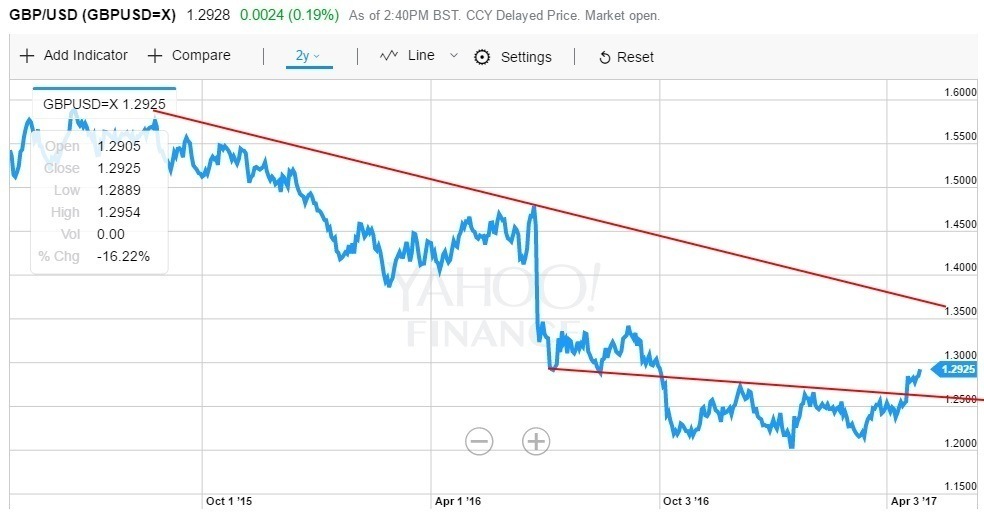 Rough month for the greenback

The dollar had tough month in April - losing ground against most of the major currencies. The US dollar index, which tracks the greenback against a basket of currencies, closed lower every week of the month.

In January, it looked like the dollar was headed for parity against the euro. That view has changed since then, as Donald Trump’ legislative agenda has stalled. The Fed has also become more cautious in its outlook for growth and inflation. Economic data from the Eurozone has been a little better than expected, and political risk in the region seems to be receding.

The euro has formed a bullish pattern complete with higher highs and higher lows. The trend toward a stronger dollar may well be over, though the euro is likely to battle to get past 1.10 in the short term. 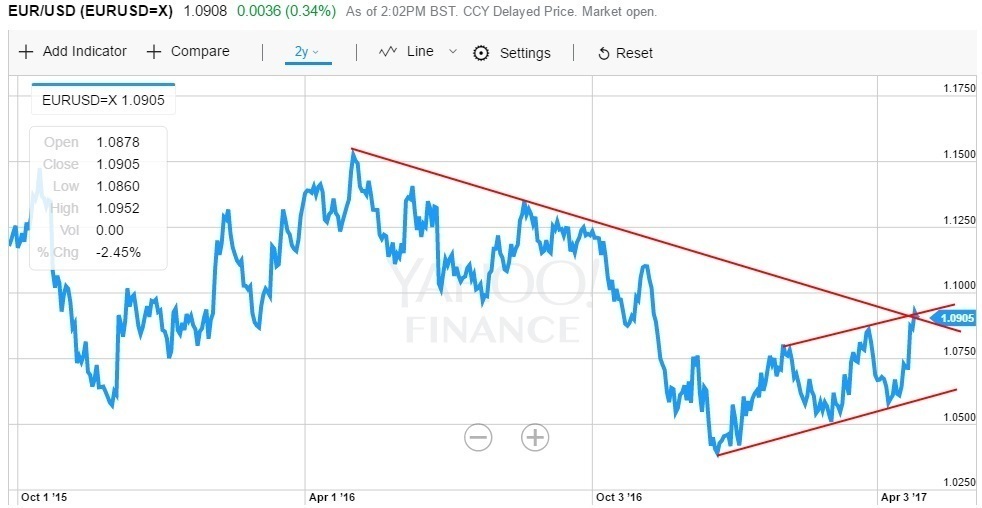 Unsurprisingly, the rand weakened after Jacob Zuma replaced the country’s respected finance minister and the country’s debt was downgraded by two rating agencies. However, for now, the bull trend for the rand is still intact against the pound and the dollar.

The political risk was already priced into the currency, and global investors are desperate for yield. Emerging markets are expected to outperform going forward, and so the rand is still being bought. In fact, the move by the rating agencies has now put South Africa on the buy list for junk bond investors.

On the other hand, the rand is now close to fair value and political risks may increase in the coming months. For now, we are using 18.00 as the key level the pound needs to break before we will expect more weakness. 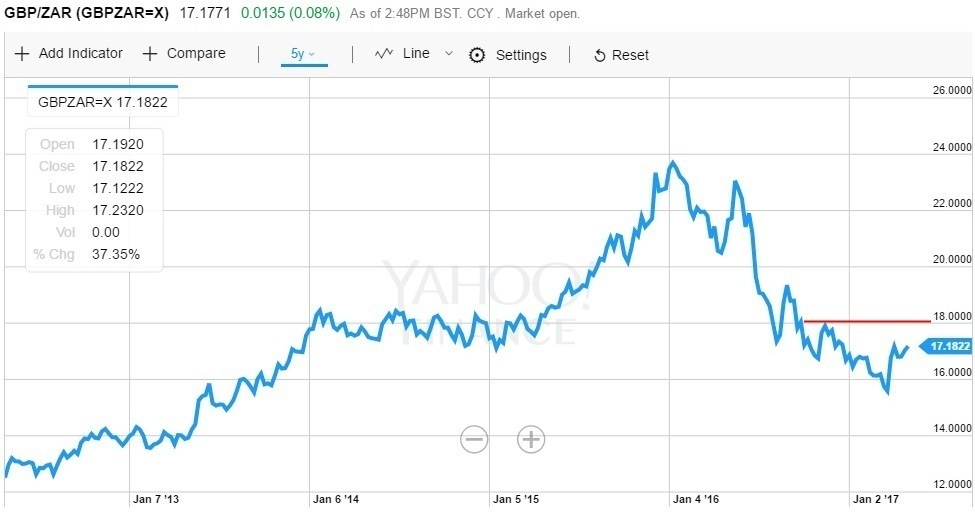 Might the HKD peg to the USD be removed…?

Hong Kong’s currency has continued to weaken against most currencies all year, despite it being pegged to the dollar. This move has been driven by the growing interest rate differential between the HKD and the US dollar. The gap between short term rates in Hong Kong and the US is now the highest it has been since 2008. Traders expect this trend to continue as the US raises rates, while policy makers in Hong Kong are unlikely to do so. There is even some speculation that the peg to the dollar may be removed. 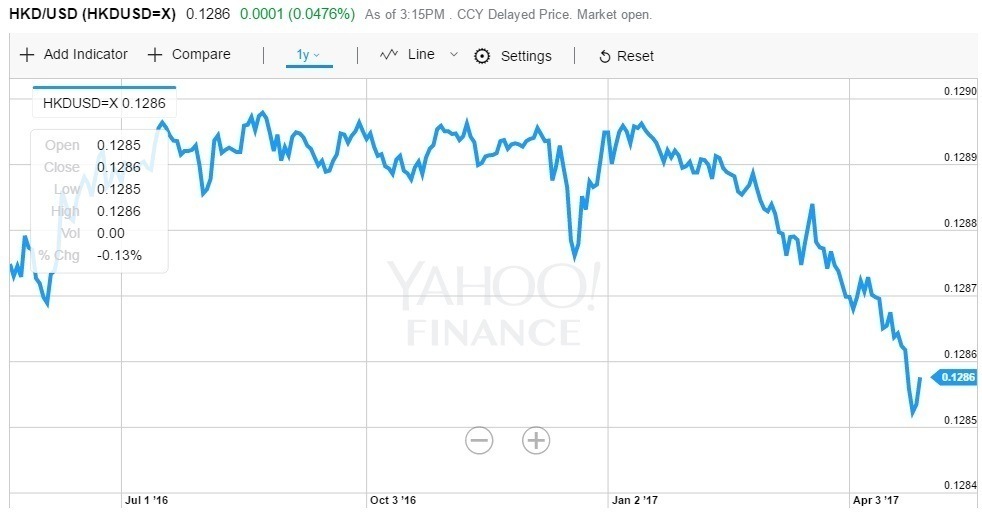 The Japanese yen has strengthened since January after a a sharp selloff in August last year. The trend has more to do with dollar weakness than yen strength. Japan’s economic recovery is happening slower than expected, and is failing to excite investors. The dollar’s weakness over the past few months my well be a bull flag which, if triggered, would target 130 and higher.

The Canadian dollar continues to trade lower as oil prices come under pressure and concerns over trade in North America continue to dominate headlines.

The Australian dollar is also weakening against the US dollar, weighed on by commodity prices that have stalled. The outlook is mixed, though traders appear to be betting against Australia’s currency. Of course, short dollar positions may be exactly what’s needed to support a rally in the AUD.

If you would like to discuss the currency markets in more detail, or place well placed deals please don’t hesitate to contact us at Mercury FX for a chat.